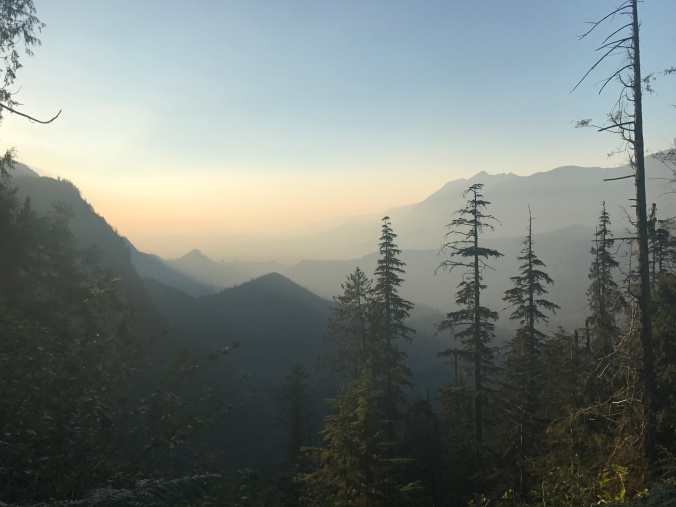 I have been living in “limbo” and out of a suitcase for probably about 11 weeks now, and I have probably packed boxes and moved them on close to 6 different occasions during this time. I started the process of packing my studio apartment up early June and since then, I have packed and shipped all my belongings from Seattle to Birmingham, flown to B’ham, packed my sister up for college at Baylor, road tripped with her to Waco, TX and moved her in, flown from Dallas to Seattle for a month to stay with a friend while I tied up loose ends, flown back to B’ham to be met by my twenty-something boxes I shipped, and now I am finally beginning the process of putting my life back in drawers.

If I had one word to describe this summer, it’d be nomadic. The itinerary above doesn’t even include my closing performances and banquets with Pacific Northwest Ballet, the 48-hour stops we made in Texas to visit family, or the daily adventures in Seattle. Needless to say, I’m glad to be in one place for more than a month right now! But, as I am unpacking, doing load after load of laundry, and sorting through the millions of pictures scattered across my floor, there is one summer day that stands out in my mind.

Even amongst the 1,000 other pictures from this summer, it’s not hard for the pictures from that day to stand out. It was August 1st. It was 95 degrees–record breaking heat in Seattle (mind you, we have no air-conditioning). And it was the day a friend and I set out on a 10 mile hike in the Cascade Mountains. I had wanted to go on one last adventure before officially moving, so we drove two hours to the edge of the Wenatchee National Forest and set out in pursuit of Lake Serene. If you ever find yourself wanting to go on this hike, let me offer you one piece of advice: don’t be deceived. I did some research before we left, and all the past hikers had written about one thing: the stairs. Some wrote that they had to turn back because of them and others wrote that they never wanted to see another stair for the next year. Basically, the stairs were the reason it was categorized as advanced. But upon starting the trail, it was relatively flat and easy by my standards. There were a few stairs on the side loop we took to Bridal Falls, but nothing too bad. So here we were thinking people were being dramatic. And as dancers, we thought we were both in great shape thanks to our jobs. But about 3/4 of the way in, we started to feel it. It had turned all uphill and the trail was narrow and rocky. Then the stairs came. I now know, these were the stairs people were referring to. Long story short, it was about 1.5 miles of just steep, wooden stairs on the side of a mountain. Just when you thought they were ending, they kept going.

But every stair was worth it. Eventually, we reached the top of a purple wildflower-ed, snowy mountain. You could look to the East to the hundreds of miles of national forest, and just see layer after layer of mountains. The best way I can describe it is like a third grader drawing mountains with wavy line after wavy line. The last few steps of the trail took us through a split in the ridge of the mountain and on the other side was the most beautiful lake you’ve seen. It was literally a crater in the ridge of the mountain. The snow caps were melting, filling it with the clearest, purest water. It was so still, it was like something of a painting–definitely earning it’s name. Despite it being glacier water, we stripped down to our bathing suits and scaled the rocks down into the water. It was truly a polar plunge because I don’t think I’ve been so cold, but I also don’t think it’s every day that you get to swim in water so clear you can see your feet below you in a crater at the top of a mountain. But next came my very favorite part of the day.

We’d had a late start on the day, not starting the hike until 5:30pm, so by the time we reached the top it was already 9:30pm and the sun was setting. As we emerged from the ridge, ready to make our descent, we were greeted with the soft hues of pink, purple, blue, and yellow, and we were completely alone. We stood there in complete silence as we watched the most beautiful sunset I’ve ever seen (if you’ve met me or visited my “about” tab, then you know I have a soft spot for sunsets!!). Stars began to pepper the skies and soon all you could see were the millions of stars hanging over the mountains.

Amongst a busy, nomadic summer, it was like God gave us a slice of Heaven in the mountains. I love these images because as beautiful as they are, they don’t even come close to capturing the beauty of that night. When I saw the topic for The Daily Post Photo Challenge was elements within nature (Elemental), I couldn’t help but think back to that day. My favorite day this summer.

7 thoughts on “A Light Has Dawned”